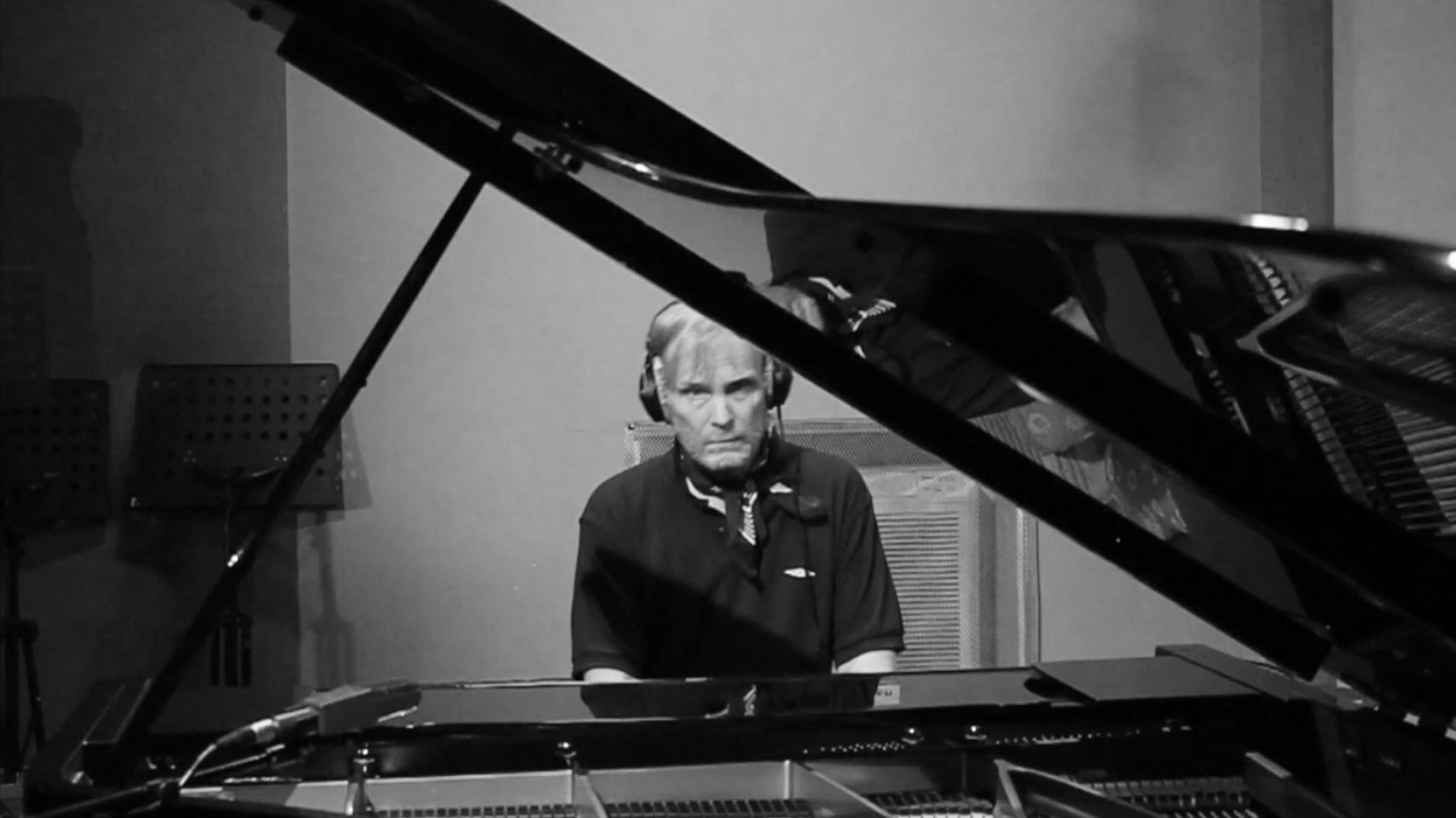 Anders Helmerson was born in a musical family in Sweden where his mother was a piano teacher and his father was a jazz musician. Anders has initially studied classical piano. However, his primary interests evolved toward progressive rock, such as Yes, King Crimson, as well as jazz music as Chick Corea, Bill Evans etc.

In 1981, his first album “End Of Illusion” was released, initially by Swedish label TMC, but 15 years later it was re-released at French label Musea Records where it got cult status and became a big seller. According to a Japanese music magazine Euro-Rock Press, Anders has became famous by End Of Illusion and remembered by progressive rock fans in Japan for over a decade as a mysterious man. The wait for success of his first album kept Anders out of the music scene for years.

In 2002, his second album “Fields Of Inertia”, which has been recorded in Rio and mixed in New York, was released by the Rio based label Som Interior Artistical Productions. Anders has been working in Brazil with Brazilian musicians as Robertimbo Silva and others. The outcome was a bowl of prog music and Latin jazz in a rather neo classic mix. This was his first experience with digital recording which later made a total revolution in the record industry, maybe for Anders elaborated writing style more to a benefit than a disadvantage.

In 2010, his third album “Triple Ripple” was released after a few years preparations. This was when Anders left the prog sphere and stepped into his own invention stage – prog fusion. The album was launched by Musea as a result of collaboration with an American drummer Marco Minnemann and bassist Bryan Beller. This was a “Jazz Rock Fusion Tour de Force”. By working it trough, bar by bar it was finally mixed and mastered at Abbey Road Studios in London, the U.K.. According to Anders, “The mix is bright and the bell tones have a serious tone”.
After the release, Anders performed the album live as a solo artist and it made him return to Brazil for a tour and it was also performed in many venues around the world.

In 2018, his fourth album “Quantum House Project” was released. Anders expressed his passion on the keys of a grand piano and he composed music suggesting he had become a jazz musician. Anders calls this new project “The Quantum House Project”. Swapping the keyboard rig for a grand piano was for Anders not a change of music style, more like a modernisation of the timbre – for many a change of style and a challenge but his music has been opened for a larger crowd. For this project, he chose the French musicians Christian Grassart on drums and Thierry Conand on bass. The trio is set to play live. (Also in 2018, Anders Helmerson official website has had a renewal from previous EndOfIllusion.com to AndersHelmerson.com) Anders’ “Quantum House Show” live tour has also started in September 2018 at Vortex Jazz Club in London and played many times throughout Europe including July 2019 at Le Studio de l’Ermitage in Paris with his live trio.

In 2020, Anders‘ world tour continued in January from Rio de Janeiro and he performed “Quantum House Show” with his live trio. He also performed piano solo live at clubs including 1901 Arts Club in London in February and online streaming live at Instituto Ling in Brazil in October 2020. Prior to his fifth album, his new single “Ritual iDance” was released on 5th June 2020, which was a collaboration with a Japanese drummer Senri Kawaguchi and a Polish bassist Lukasz Chyla.

In 2021, Anders released the fifth album “Opus i” with new live trio members: Anders Helmerson (Piano / Composer), Lukasz Chyla (Bass) and Juan Felipe Mejia Tobón (Drums). This album featured seven tracks of progressive and innovative original jazz music showcasing the best of Anders’ eclectic contemporary style, which was reviewed as “The world’s first Opus in the key of i – this is music like you have never heard before.”
In August 2021, Anders performed online live for Blue Note in São Paulo including his new tunes.

More live shows of Anders Helmerson are planned in 2021 and onward in the world.